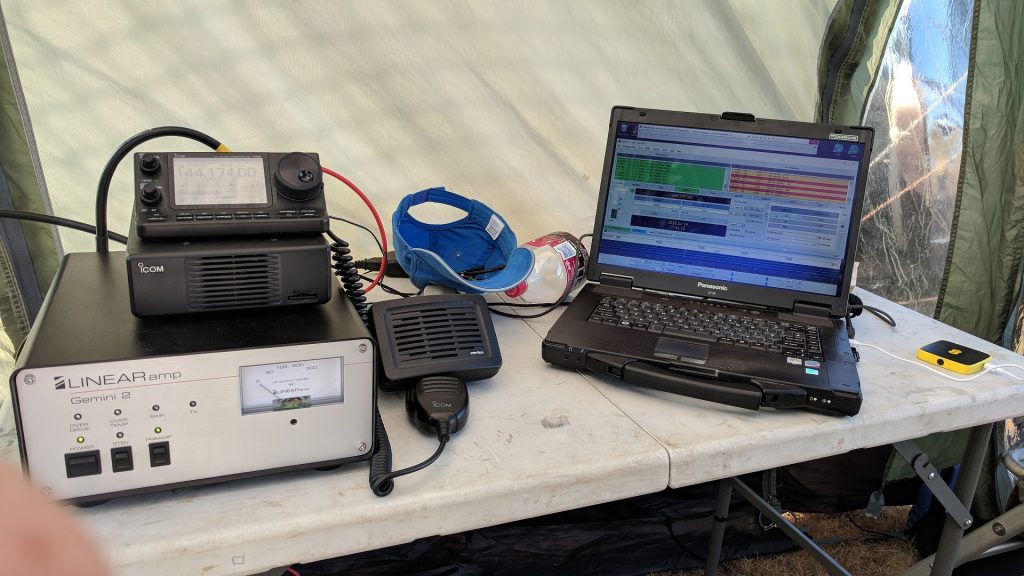 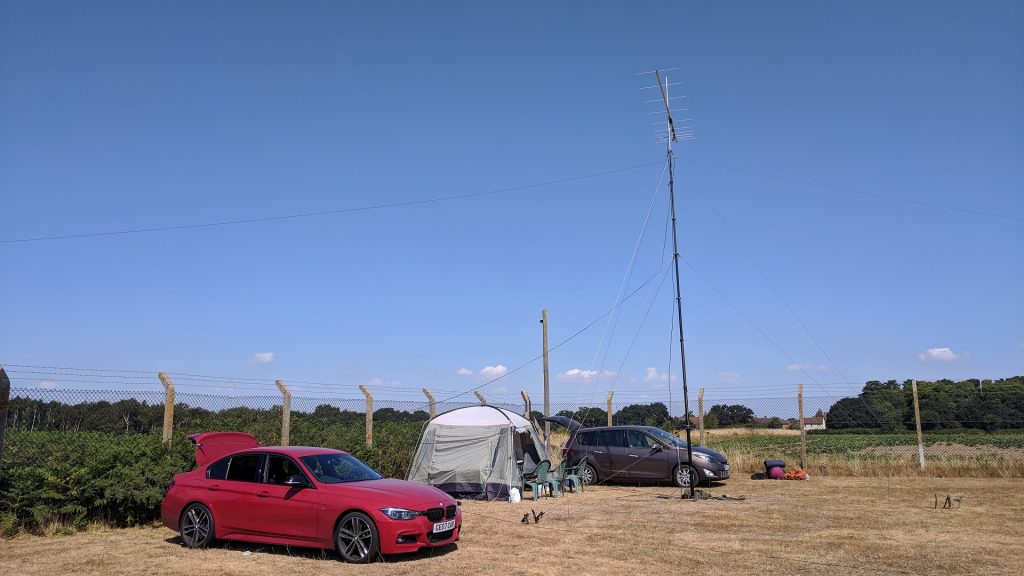 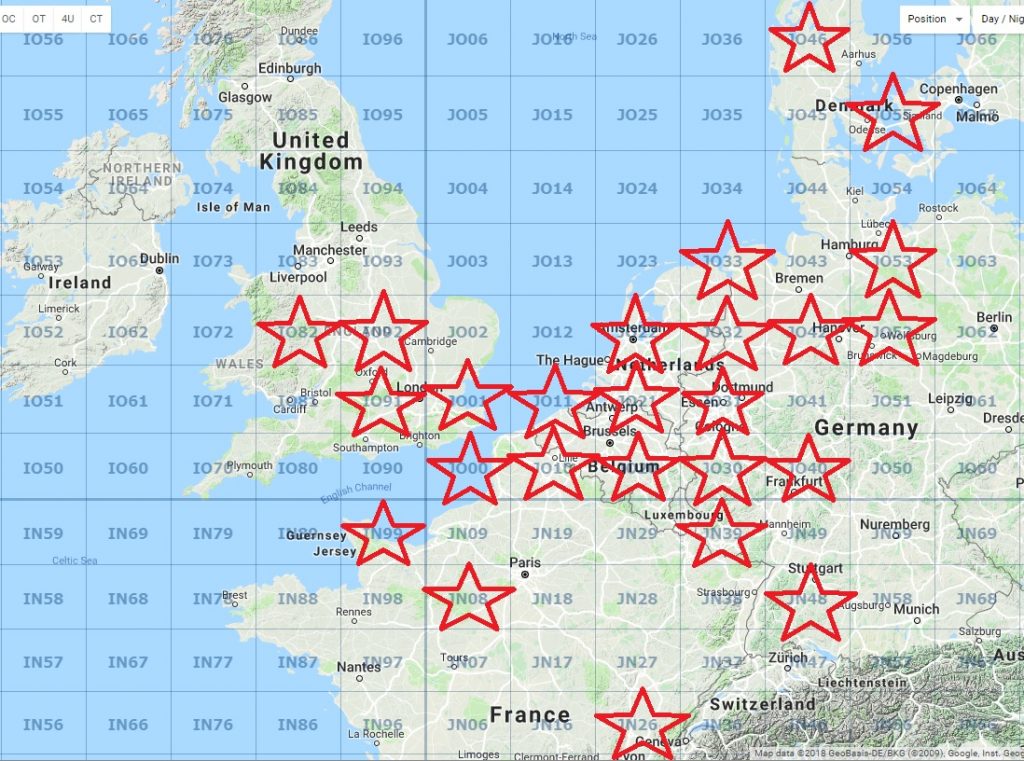 Everyone loves a bank holiday weekend (unless you happen to be working) and last weekend was a 3 day radio event run by LEFARS. The event is based at the Rainbow and Dove PH, yes really a radio event in a pub garden !

The event used the special event call GB2LRS on 7 and 144 MHz, while 21 MHz used the Secret Bunker Club call M0SNB. On 7 MHz the club used a doublet antenna, on 21 MHz we used 400w and 4e home-brew beam aerial. The beam was mounted on a 10m Clark pump up past, with a recently purchased Yaesu G1000S rotator. The linear amplifier was a solid state by Expert 1.3K providing flawless power on the Honda generator. While the band conditions did provide a challenge, we did prove that even on a quiet band its possible to work DX with some power and a good antenna. We worked some nice DX including Uruguay, Brazil and Philippines to name a few. In the evenings we turned our hand to 3.5 MHz, and I made a simple dipole to hang from the mast. We placed a 1:1 Balun at the feed point, and fed the antenna with coax. The antenna was cut to provide a match on 3.7 MHz, so no ATU was required. The addition of 400w allowed us to put out what many described as a phenomenal signal. I checked the signal on the Hack Green SDR, and from this screenshot you can judge for yourself. The signal reported by Hack Green was -42 dBm.

Fred G3SVK also guest operated, working over 100 station on CW including some USA stations. The total number of QSO over the weekend was 320 mostly on SSB. The conditions at times did throw up a few surprises, at one stage I could hear and worked stations in Ireland at 59 on 21 MHz ! Thanks to the LEFARS team for organising another great weekend of radio.

National Mills on the air weekend is a chance to combine amateur radio with the national windmills open day. Although not directly related to the bunker, the SNBCG decided to activate Upminster windmill as it is our local mill – it was a delight to operate on the green opposite the mill once again! The mill has stood on the green in various guises since 1803, and recently thanks to the National Lottery Heritage Fund its just secured large grant to complete some restoration and the building of a education and visitors centre.

Unfortunately due to the ongoing building work members of the public were not able to visit the mill this year, but that didn’t stop them coming to visit us operating radio in the field. This years event was well attending, with our furthest operator travelling from Malta to guest operate. John 9H5G operating (left station) retired to Malta, but often travels back to the UK. We were delighted to welcome him to the team, and he was soon pressed into service on 7 MHz managing the pile-up. Thanks to everyone we worked, QSL is via eqsl.cc 73