Members of the SNBCG once again took part in the 50 MHz Trophy Cup. The contest runs for 24 hours from 3pm on Saturday. This year, the contest had been booked for one of the hottest days of the year, with temperatures reaching 30°C (around 220°F in old money). 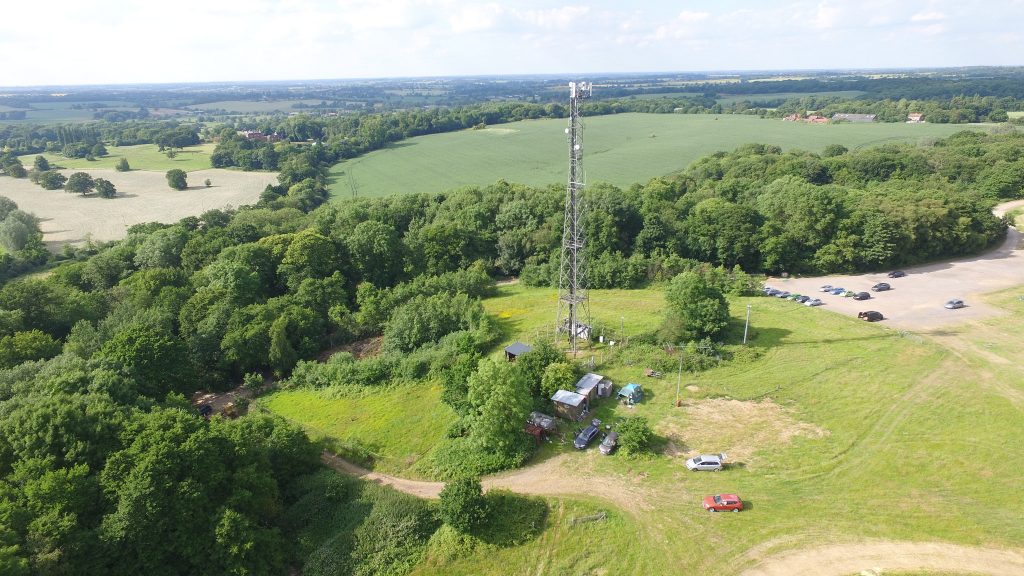 We set up on Saturday morning, using a 5 element 50MHz beam and a 10m pump up mast.  A solid state amplifier provided 400W and a light weight tent to keep off the sun. 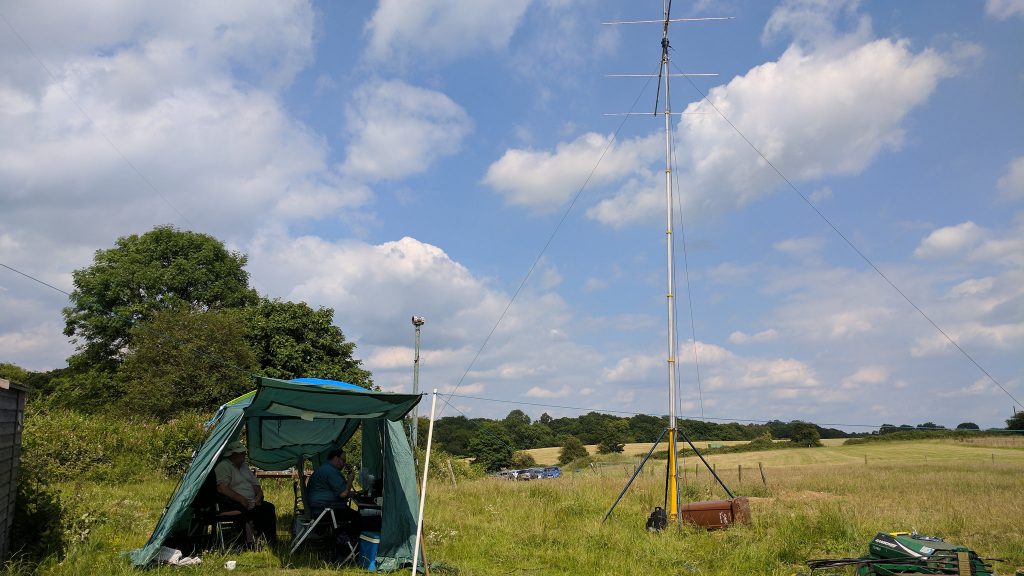 The most important issue throughout the weekend was trying to keep cool, with copious cold drinks from the fridge. Fred G3SVK was kind enough to lend us a fan and this became an essential item for the shack. 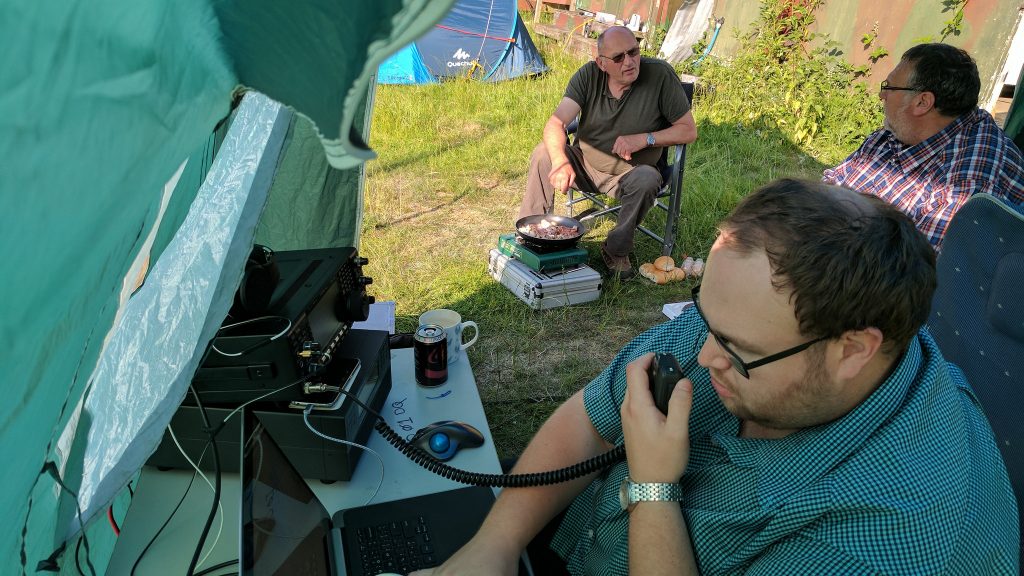 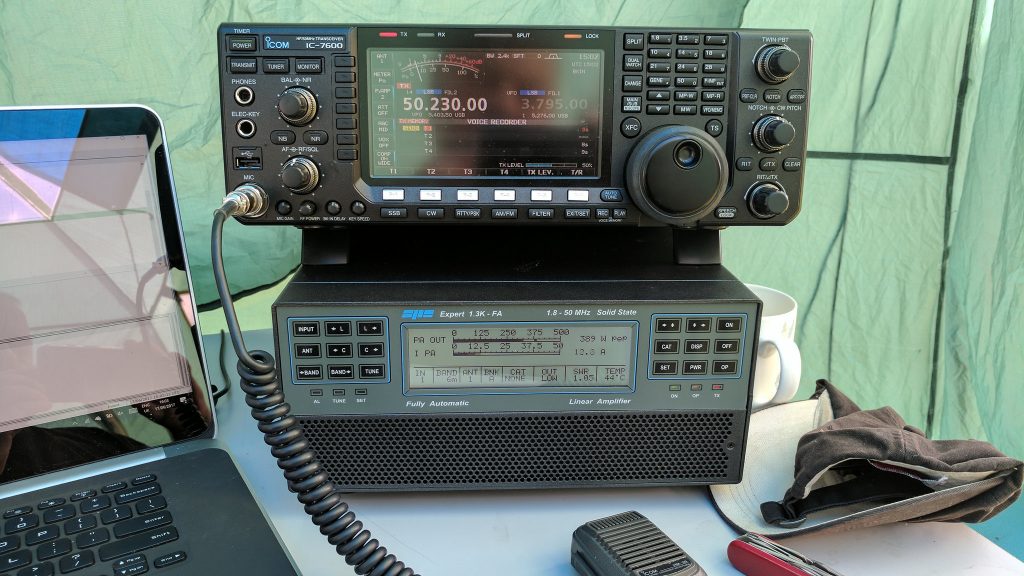 In total, we worked 250 stations, with our best DX being 5B4AAB at 3161KM. You can view the claimed scores here and map here. 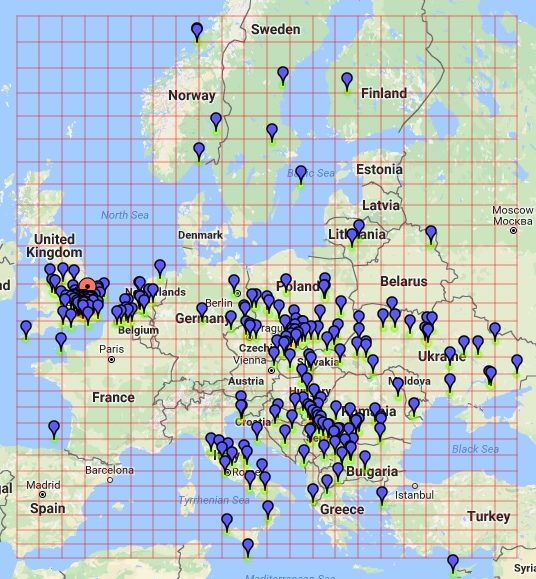 The weekend of the 18th and 19th of June saw members of the group assemble to operate as M0SNB for the 50 MHz Trophy Cup and GB0SNB for the International Museums Weekend. Maps and logs from the Museums weekend will be added once the logs arrive from the IWM station manager.

During the weekend of the 20-21 June, Peter G0IAP and Stuart G0CBT operated from the Shack, inside the bunker.  They will do so for the 27-28 June too.

For the second weekend, the contest group operated from inside the club portable shack on the higher HF band as well as on the lower VHF bands. The full log for the weekend can be found here, for those interested. Canada on 6 metres using the above 3+3 on 6/4 metres was a particular highlight!

We struggled during the 2012 Museums on the Air weekend, due to some very strong (S9) local QRM. Afterwards, A few of us (M1GEO, G8OCV and G7UVW) decided to try some antennas out at the site. We arrived back after tea at round 8pm, having sorted out some equipment, and set up operating a portable setup. We worked around 50 QSOs during the few hours we stayed there, operating from 9pm till 12:30am 24/25th June 2012.

During one QSO, we mentioned the operating setup, Icom IC7000, 40m dipole, using a pallet as a table on wet grass and gravel, and it was suggested that we make a ‘limited edition’ QSL card to commemorate the event. So, in light of the level of organisation, here is a QSL card made in 10 minutes. Photo taken by Dave, G7UVW of George, M1GEO operating 40 metres. The light in this image comes from the camera flash. Logging was done using the IC7000’s LCD backlight, the auto-tuner’s power light, and the keypad light on the microphone!

I think all in all, we can all say we had fun for something we set up in 10 minutes!