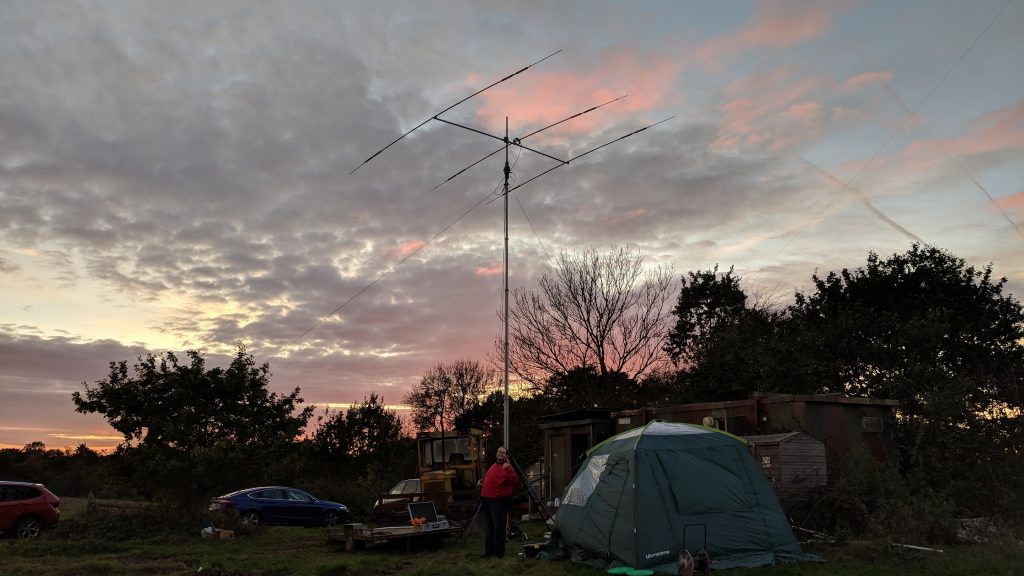 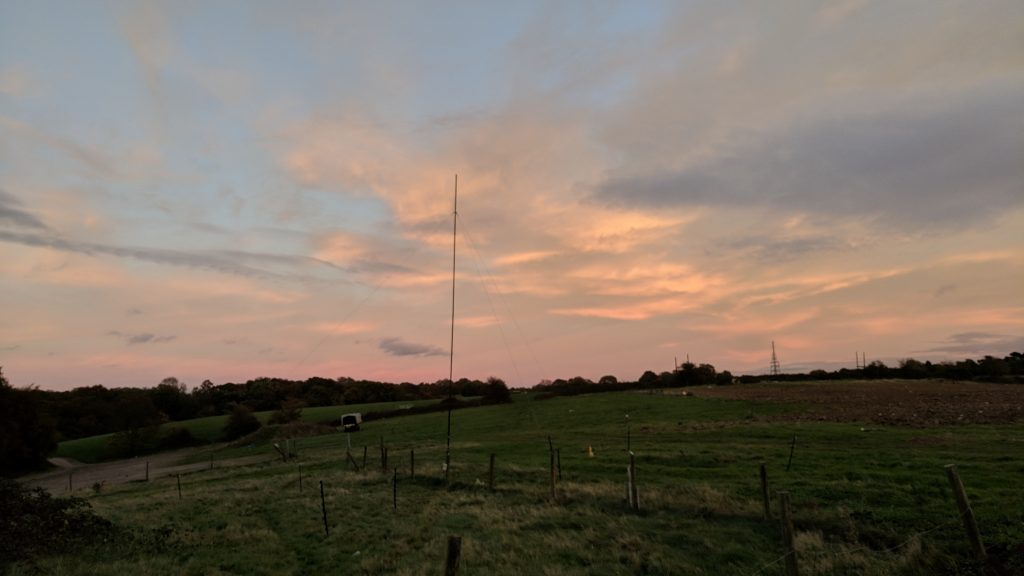 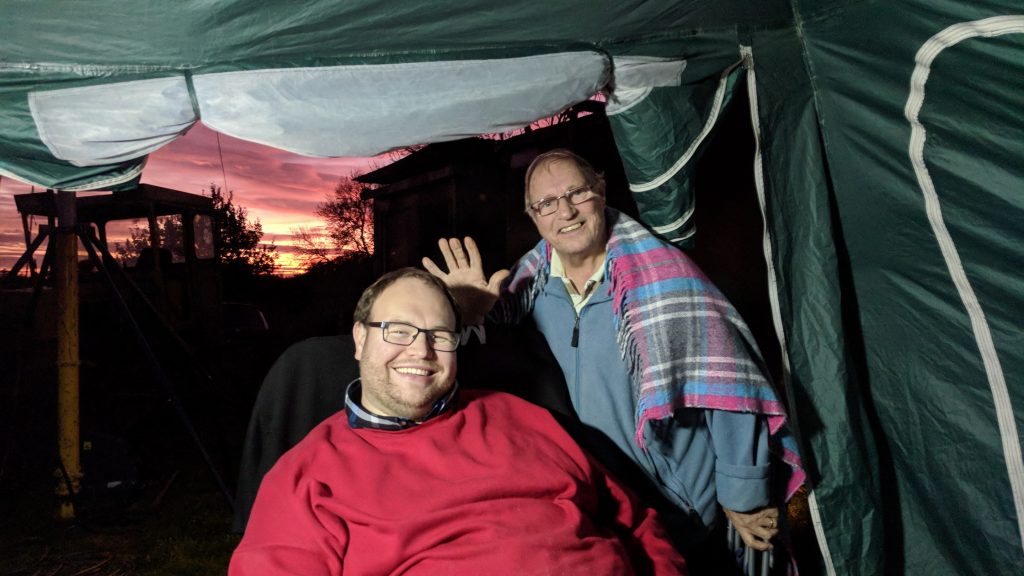 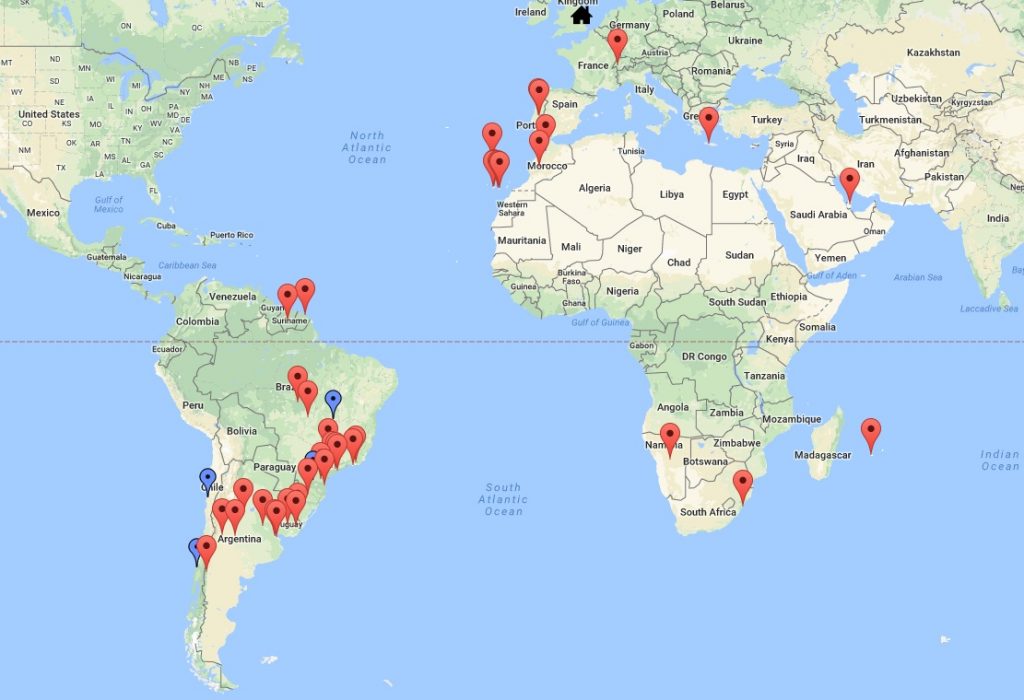 This weekend saw members of the bunker group activating the site for the CQWW SSB Contest.  Operating from the Dave M0YOL’s caravan awning, we set up two stations, one at each end. We arrived about midday on Friday 23rd October and got setup. Dave M0TAZ was underway with the construction of his 21 MHz beam while George M1GEO and Dave M0YOL were setting up the caravan. Some time later the 14 MHz beam was built and put on the SCAM12. Then food! Here, we see the pre-contest dinner inside the awning, with (left to right) Dave M0YOL, Dave M0TAZ and Chris G8OCV. The shack was powered by two Honda EU20i 2kW slient generators with phasing harness, delivering a solid 4kW of mains power.  We were a bit worried with the heavy rain on Saturday, so we fashioned an umbrella to help protect the electrics! During the evenings, it got pretty cold. Here, George M1GEO operates with hood up for insulation, while Dave M0TAZ’s amplifier reports 8C inside the shack. Band conditions were good (and busy), and many QSOs were made over the weekend.  At the start of the contest, some of the lower bands became very packed! A more comprehensive breakdown of QSOs per band can be found here. Much more analysis and breakdown can be found on the CQWW 2015 SNBCG pages.  Analysis by SH5 v.2.39, Dmitriy Gulyaev UA4WLI.

A big thanks to Dave, Dave and Dave (M0YOL, M0TAZ and G7UVW) as well as Chris G8OCV, Pete G0IAP and George M1GEO for making the weekend possible.